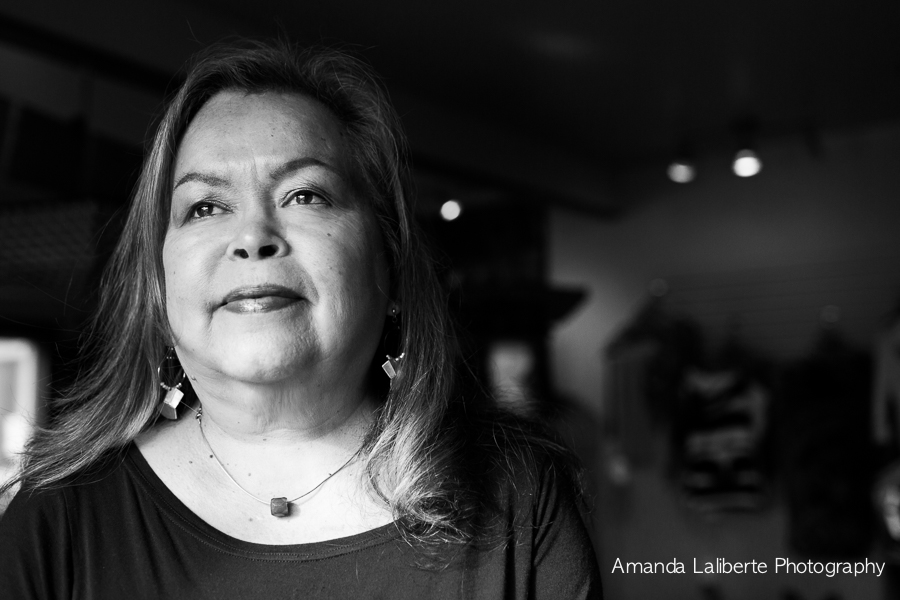 “I have been involved in film and video for many years.  The inspiration for my work has come from our people’s rich history and stories that are very important.  They are stories that most often go unheard.  I am the messenger of these stories and our communities have entrusted me with these stories to bring to the wider public.”

One year ago, on February 18th 2015, a demolition ceremony took place at the site of St. Michael’s Residential School in the the village of Yalis, next to the settlement of Alert Bay, on Cormorant Island, in the small straight of water that separates Vancouver Island from the mainland of BC. It was a time of mourning, joy and hope, as the community prepared to watch the largest building on the island get torn down. Myself and a few other local photographers were asked by the ‘Namgis First Nation to document the day.

It was an honour to witness the events that unfolded but I struggled with photographing some of the emotions that were revealed that day. I was caught thinking about my role as the photographer and how I would respectfully photograph the day while trying to maintain my professional objectivity. But as the tears streamed down my face, I watched those in front of me throw rocks at the ruins of the school, trying to smash the bricks before the bulldozers got the chance; I saw the young and old, families and friends, holding on to each other, crying, yelling, hugging and laughing. Sometimes, objectivity needs to be lost. I still have mixed feelings about showing the photographs from that day.

Another witness there that day was the award-winning filmmaker, Barb Cranmer. As a member of the ‘Namgis First Nation, she was responsible for creating a historical document to help her community remember. The film that came from that day, I’TUSTOGALIS: Rising Up Together Our Voices, Our Stories: Demolition Ceremony of the St. Michael’s Residential School, February 18th, 2015, features the accounts of residential school survivors who attended the St. Michael’s Residential School, and is a powerful depiction of survival and overcoming. Our Voices, Our Stories also recently was recognized as Best Documentary Short at the 40th American Indian Film Festival in San Francisco, CA.

I had the chance to catch up with Barb the other day and speak with her about her film:

A: What does your most recent film, Our Voices, Our Stories mean for you as an Indigenous filmmaker?

B: When I directed Our Voices, Our Stories, it was historic and so meaningful of many levels, it acknowledged the dark period of the Residential School system.  People shared their stories with such courage and willingness and it really is just the beginning of this next new phase filled with hope.

A: What has the response been to your documentary?

B: The response to the film has been very overwhelming, people shared tears as they watched and were thankful that this type of work is now happening with the message of healing for everyone, since we all have been affected in some way by the residential school system.

A: On February 18th, 2016 it marked a year since the demolition ceremony at St. Michael’s Residential School. What was it like for you witnessing the school being demolished?

B: I had mixed feelings about the demolition, because for years I worked on a committee in the community that was trying to revitalize the building and turn it into a Kwakwala Language Centre, reversing the strapping of kids speaking their language to all you would hear is our language being spoken.  The other feeling is that we can’t let the government assist in us forgetting what that building stood for.  And now I drive by there and it was like it was never there, very strange feeling.

A: What is the lasting impression you want the audience to take away from this film?

B: The lasting impression is that we have hope, we have resilience and we will carry on as a people as we have already done.  In all my documentary work to date it is about hope.

A: For you what is the next step in the healing process?

B: As the film gets shared in all kinds of communities, cities, universities, I want to be able to offer the opportunity to people that there are a lot of people out there in the healing world.  And that they will be supported and I see this as just the beginning of the next phase, a more hopeful one.

A year later, things are quiet in the community. The area where the school once stood is now a field of grass. There is still a perimeter of yellow hazard tape that has been left around the space.

Upcoming screenings of Our Voices, Our Stories:

CREDITS: Our Voices, Our Stories (39 minutes)

Director: Barbara Cranmer (T’lakwagilogwa) is an award-winning writer, director and producer whose original productions include ‘Namegan’s Om Dlu’wans Awinagwisex (We Are One With the Land), I’tusto (To Rise Again), T’lina (The Rendering of Wealth), Qatuwas (People Gathering Together), Gwishalaayt (The Spirit Wraps Around You), Laxwesa Wa (Strength of the River), Mungo Martin: A Slender Thread and We Are One With The Land and Potlatch:  To Give Part One & Part Two