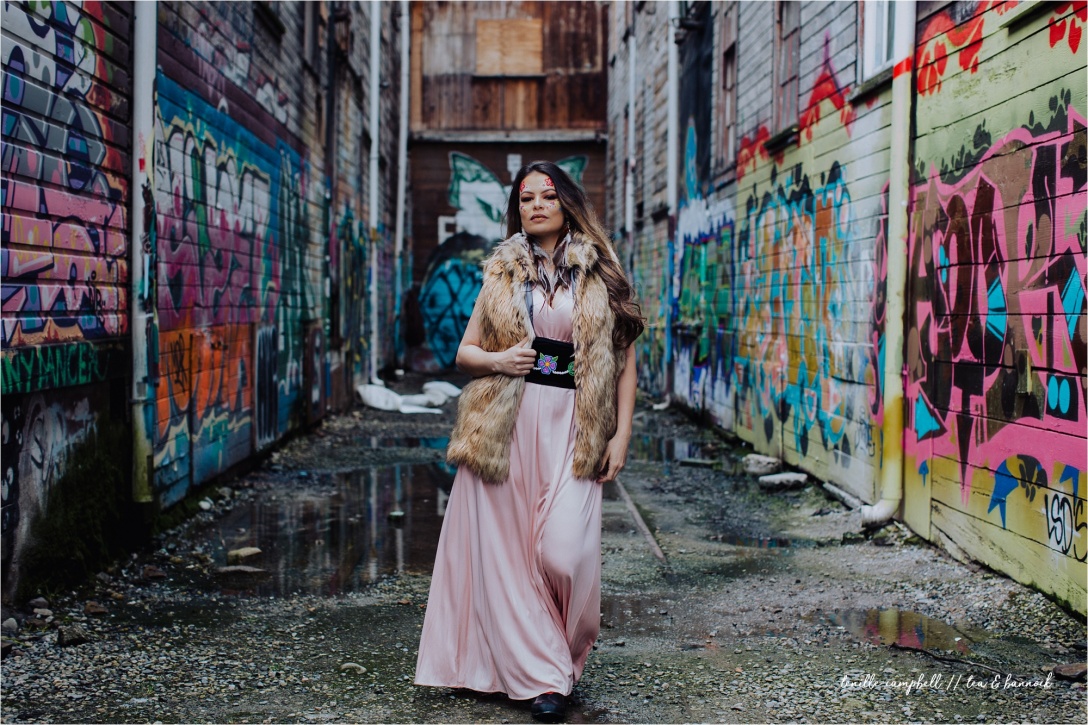 When I went to Vancouver last week-ish, I met up with my (now) good friend, Maddie. I had only previously met her at a wedding for a minute back in the day, but I was gonna crash on her couch because why not. I’ve been blessed in the past to be able to crash on new friend’s couches while travelling, and I knew that Maddie was originally from the North and we had multiple friends in common.

I got lost – of course – and pulled my massive suitcase into Maddie’s place, laughing as we awkwardly discussed how the trip was going. I’m not sure what broke the ice – it may have been her accent which is as thick as her hair (eeeee) – but once we started laughing and then coughing like old men, we quickly bonded and planned our photo session for the next day. Maddie is a talented dancer in multiple forms, but I really wanted to experiment with two ideas – a Métis Jigging Queen, and a more contemporary expression.

I’ve always wanted to dance, and I’m still that kid out on the floor until the lights turn on, but once I saw the way Maddie could move – my heart ached even more for my lost dream. In a good way.

There was a fearlessness in her that I could appreciate, but never replicate. She gave me her all, and it was great to work with someone who trusted me to create my art while she did hers – making Indigenous magic happen.

And because my creeper skills are great, I also contacted Elisha of @mua.nativebarbie after seeing some of her work on Instagram. She did this Coast Salish style on her face that had me thinking she could interpret what I wanted pretty easy. Elisha showed up, at first pretty quiet compared to Maddie and I, but as we went on – telling stories, snickering, coughing, sharing – Elisha started to laugh exactlyyyyyy like us. We’re a great influence.

And she slayedddddd her art. 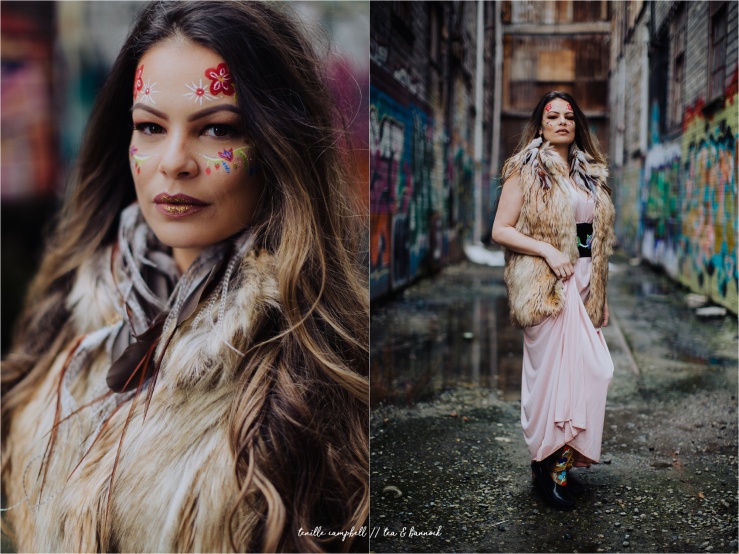 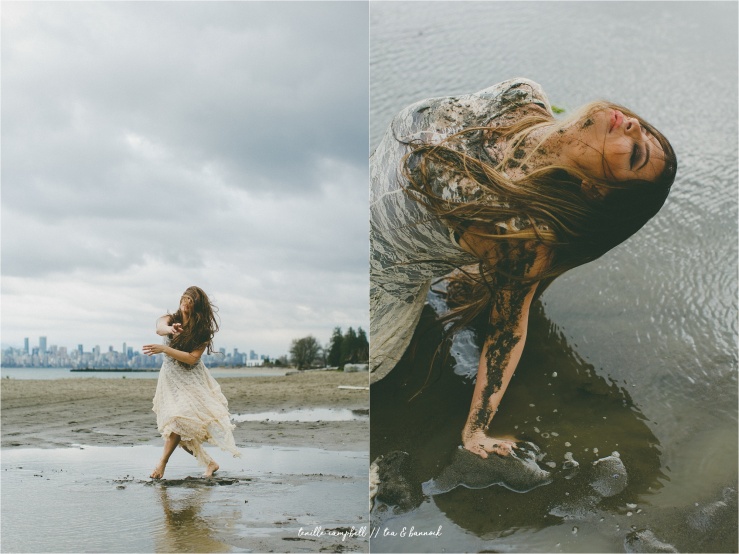 We were originally only going to the Métis Jigging creative session, but we had the opportunity to finish up with an oceanside session the day I left. We laughed over misheard words – “he thought your name was sweetPOON” – and I stood still for a second, listening to the Rez accents in a big city, the sweet rush of ocean wind blowing through our hair, and I smiled.

Sometimes you find kin in the most unexpected places.

2 thoughts on “she dances on northern lights”