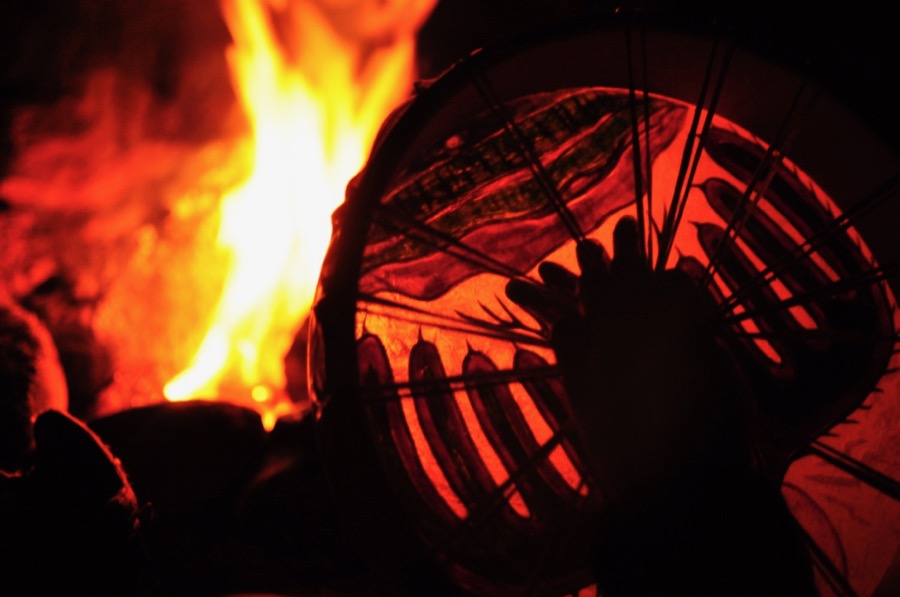 Recognizing the immense and integral importance of community today as Canada moves backwards from their reconciliation agreement. Its times like these that give reason for building strong ties and relationships. I currently live in Portland, Oregon, and when I first moved here someone once argued it to be one of the most progressive states in America. In some ways, I can agree. The majority here do often vibrate at a higher frequency and think recycling and rainbows are cool, and spotting signs that say “shop local” or “vote for love” are all fairly good mindsets. Although there is one thing greatly lacking in this city – and that’s diversity. I am definitely no stranger to the cold stares and awkward silences I often get when bringing up issues that fall into this category. Moments like this are when I really see where people stand. Not to say I think there are no allies and supporters out there, or that we have to talk politics all the time, but for a state that considers itself incredibly “progressive” feels like a masquerade during times of crisis and social injustice issues outside of “Go Green” or “Save the Animals.”

A few comments that I often hear are “things are good now” or “look how far we’ve come.” And yet, why is it that we still see so many barriers? And these barriers can either be very obvious or very subtle. We are continually made out to be an inconvenient truth for sharing our thoughts or our feelings during difficult political times. It’s become almost a privilege and a challenge for me to celebrate or “go out and have fun” when countless issues such as illegal pipelines going through indigenous territory, or so called “immigrants” being deported from a state that was built by immigrants. These issues are so dominant in our everyday life. As BIPOC, we don’t just see or hear what’s happening. We feel it, everyday through education, through the medical system, our jobs, gentrification , representation in media,  and many other countless structures that were put in place decades ago. Though a lot has changed in the last decade, these mindsets have evolved into another form that carry the prospect of change and equality, yet lead primarily in favor of continual wealth and opportunity for the dominant race. For instance, many here still continue to boast-fully celebrate Thanksgiving under the illusion of giving thanks.

Yeah, not so thankful to celebrate the genocide of millions of NDN’s on this day.

It’s an art trying to re-build and create community with those that haven’t experienced the same cultural struggle. One thing I do know is that on some level we all have the ability to relate to something through one another. Everyone who’s alive has at some point experienced trauma, struggle or hurt. This is what makes us all human. But being human alone doesn’t make community, we have to build and tend to it like a fire. It takes a lot of hard work to create and sustain a healthy community. It takes putting aside our differences to recognize all issues that affect one-another.

Keeping that fire lit can be done in many ways. The simple act of listening and providing the space to talk or educate with non judgement can make some good kindling for a fire. Perhaps even smaller things and easier ways to help are simply not celebrating “momentous holidays” woven with racism. Although it really is through our actions and our everyday commitment of support that show the true nature of a progressive state and in keeping the fire lit.

Where and how you invest your time and money speaks louder than putting on a progressive button pin or sticking a well intentioned sign on your lawn and calling it a day.