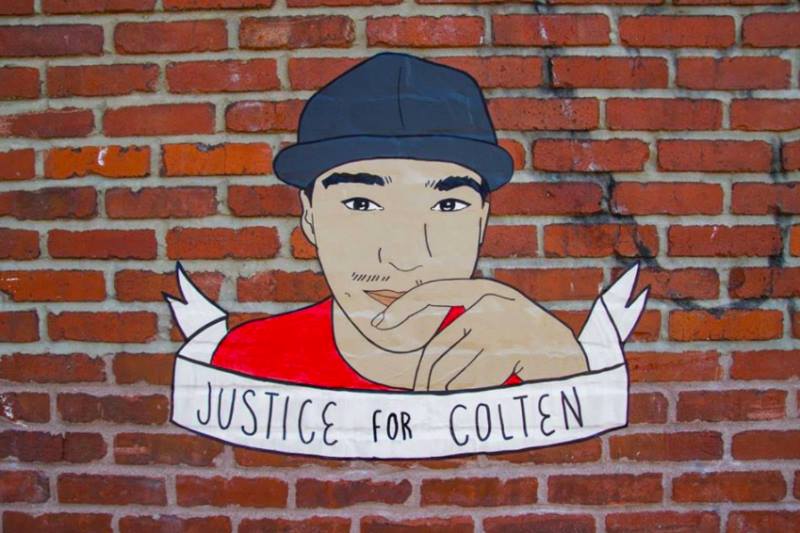 When I was 18, I drove my friend’s truck into a snowbank in a field in the middle of the night. We were joyriding, laughing, driving around with our pyjamas and blankets. Well, we got stuck – it was a big snowbank. We could see the farmer’s lights in the distance, and my friends wanted to walk over for help. My white friends – all blonde and blue eyed.

I refused to leave the truck, and I hella refused to go into some farmer’s yard. At that time, I didn’t have the words to explain to them that it was dangerous for me to go there. That farmer’s lights did not equal safety to me. For me.

The next morning, they walked to the farmer’s house and got help.

I stayed in the truck.

I share this story because this isn’t a new phenomenon. We all carry stories like this. We have all had moments of great danger that no one would even notice if they were not Indigenous. I cannot speak – and will not speak – for every Indigenous person out there but I can speak up for myself.

This was not a jury of ‘my peers.’

This was not justice.

And we will not let it be forgotten.

I cannot articulate how deeply troubled I am that the murder of #ColtenBoushie is not only dismissed, but justified by the court. The 22-year-old young Indigenous man was murdered.

Those that believe this was justified – ask yourself if you believe the situation had been reversed – if you would feel the same way if it was a white boy on the Rez who had been “accidentally” shot.

The murder of #ColtenBoushie is just another reason for “the talk.” The talk we give our young people is how to stay alive – how to avoid being shot or arrested, or given a twilight tour in the snow.

The murder of the Indigenous child #TinaFontaine is the reason we give our young women “The Talk” – how to reduce your chances of being murdered or go missing.

#ColtenBoushie is every Indigenous man… it could have been anyone of us. It did not need to be. It’s time for Justice. #JusticeForColten

#ColtenBoushie will not be forgotten. His loss is felt across nations. He’s our ancestor now.

What Can I Do?

If you feel the need to do something – anything – to show support as an Indigenous person or an ally, here are a few options for you.

2. Physically BE THERE for the Family and Supporters of Colten Boushie

If you are Non-Indigenous – this is where you specifically come in. Share the f*ck out of anything #JusticeforColten that you see. You will be surprised by how many of your ‘good guy/girl’ friends will attempt to justify murder, but it’s a great way to weed out the garbage.

Remember those phrases because the people saying them are usually shit.

Ask for blessings and strengths and compassion for the Boushie Family.

Image: art in campaign title: “Justice for Colten” by Zola (@zola_mtl), made with the Boushie Family’s permission

7 thoughts on “#JusticeForColten: Why This Matters and How You Can Help”