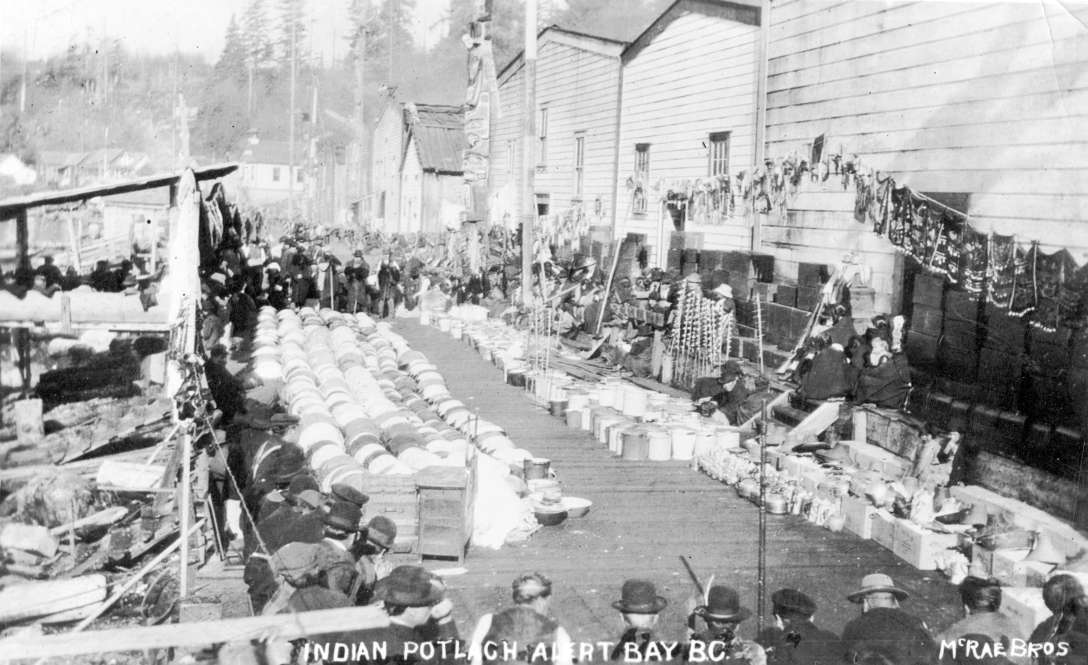 I want to acknowledge the Nolie family for inviting me and my children into their homes and places of preparation as a photographer during the weeks leading up to their potlatch. The Memorial P̓a̱sa for Dorothy Rachelle Nolie (A̱bepa, ‘Na̱mnasolag̱a) was held on May 14, 2016, in Yalis by the Nolie family coming out of the Na’waxdaxw (Blunden Harbour). Tsa’xidi is the Chief’s name and the family shared treasures out of the Gixsam clan. Tsa’xidi translates roughly as throw away everything you have.

I was asked by the Nolie family to document the work of preparation. This was a mutual and equitable exchange. The agreement between myself and the family was that the images were for the family and not mine to sell nor share with others. Some photographers, might think I am crazy for such an agreement but I know that those of us who were brought up in our cultures will understand that we need to be protective of our teachings. There are just some things that are meant to be private and not to be gazed upon.

The eurocentric gaze exists and there are no end to colonialists and missionaries making money off of artists’ hard work. I understand why the carvers were hesitant about me coming into their carving sheds to take photographs of them carving. This is just one of the many reasons why photographers are not allowed to photograph the carvings that will be used for the potlatch. Someone even joked about photographers coming around and they referred to them as the kwakwarazzi. I get it. Just look here (http://www.alamy.com/stock-photo/kwakwaka’wakw.html) at a few snappers who are making money selling stock photography of the cultural art here.

In the last few weeks leading up to the potlatch I’d receive last minute texts inviting me to come take photos of the family meeting to discuss protocols, or hauling wood, or preparing cedar bark, or getting the salmon ready for the smoke house, the same one that their grandmother, Dorothy Rachelle Nolie used for 30+ years. A couple of days prior to the potlatch I drove around the Rez in my family wagon listening to OutKast’s B.O.B on repeat, on the look out for families working for the potlatch. Some even referred to me as the Kwakwarazzi. A few of the people I photographed knew me but many didn’t and there were moments where I felt like I wished I had a t-shirt that said, official photographer a.k.a. soul stealer. My son and I would go to a home where women were gathered preparing the cedar bark. We’d introduce ourselves, take some photos, chat a bit, they’d show my son how he could help while I took more photos and then we’d move on.

Family research had to be done, family gatherings and more meetings to discuss protocol. Fish, crabs, clams were caught, elk was hunted and prepared, fish was smoked, cedar bark was harvested and then made into regalia, woods was chopped, hauled and burned, hemlock was harvested and hung in the Gukwdzi and also danced in, food so much food was ordered and hauled up to the bay then prepared, cooked, shared and eaten, buttons were sewn and worn, family crests were painted, gifts were bought and given, young and old practiced their dances, the floor of the Big House was raked and hosed down, archways were made, grass was cut and the weed whackers were used, and as one of the hereditary chiefs said the carvers brought wood to life.

And everything and everyone and their ancestors came together in the Gukwdzi to honour and remember Dorothy Rachelle Nolie (A̱bepa, ‘Na̱mnasolag̱a). And I was able to witness the potlatch without my camera.