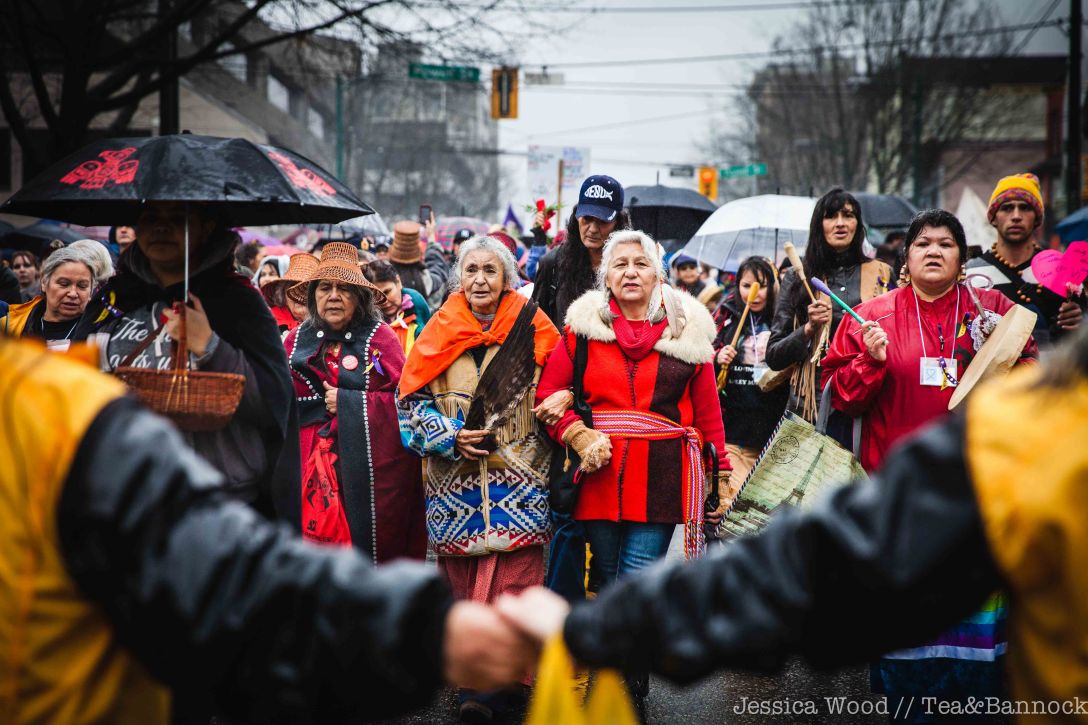 What can I say about my relationship to an event that simultaneously breaks and heals my heart year after year?

I found my way to the organizing committee of the DTES Women’s Memorial March over ten years ago while I was interning on Finding Dawn, a National Film Board documentary about missing and murdered Indigenous women in Canada by Métis Director Christine Welsh. I have had the privilege to be part of the sisterhood of this dynamic committee ever since.

I believe it’s important to document the activism of our community, to record the courageous leadership of women who confront the obstacles of oppression, and more often oppressors, head on.

And it does feel like a head on collision when faced with just numbers: 1181 (RCMP),  4000+  (everyone else). And so we gather each year on Feb 14 to both name and honour those stolen mothers, sisters, daughters, aunties, grannies, partners and friends in ceremony, prayer and song. Because the individual women are more important than their combined numbers.

Our loss, while immense, does not define us.  Our resilience does.

Histories are said to be written by victors. Cliché I know, but it’s part of why I have continued to document this ceremony for over a decade. So that our histories won’t be focused on who or what oppressed us, or worse, focused on the story of who took our lives. But rather on our resiliency and leadership as a community of women, in the face of immense violence, tragedy and injustice.

1 thought on “Their Spirits Live Within Us”